Live At The Sweatlodge 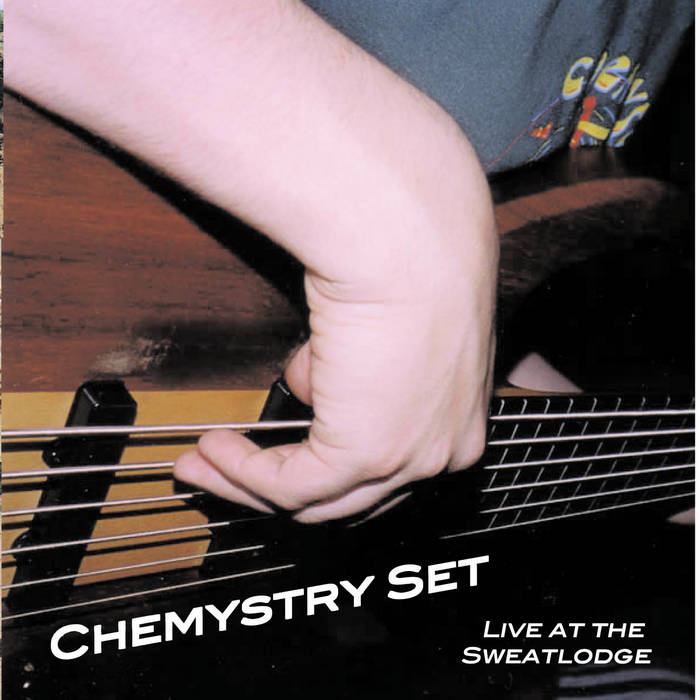 EVERYTHING AND NOTHING
"I'll set the scene for you, since being human means living in 3D space and linear time: Nighttime upon a great urban grid of streets, the perpendicular crossing of two of them, a boxy gray building, a small cubic room inside. Angles atop angles, boxes inside boxes, a Chinese puzzle. Outside it's refreshingly cool, and the April moon is bright as the streetlights. Inside it's sultry as a sauna, with the band taking up half the room to play and three dozen friends crammed into the other half to hear, no, to experience, be a part of, this live recording, this sweat lodge serenade.

And what a serenade — music as opposed to its linear surroundings as the beating heart is to the cages of science. The first set tore a new riverbed through the hard rock landscape and the second set let the river roar. Every time I hear Chemystry Set I feel like I'm hearing it for the first time: musicianship tight as an atom, music wild and roaming as the imagination of the unknown. It's like everything and nothing I've ever heard, a screaming reminder that rock is rebellion and must be reinvented each time it's played, or else it's just pop. I'm thinking of "The Last Real Experience" as I write that, but I could mean any of the songs on this CD. "Tiger on a Roll," for instance, where prog rock meets the new age in an eco-power-ballad that sounds like all ballads and none of them at the same time. But you can hear all this for yourself.

What I wanted to say was this: At one point during the serenade I looked over at the recording system in the corner, a tower of blinking amps and mixers and a futuristic iMac with sound moving across its display in orange bars as though pumped in right from the stage, sound re-conceived as light and movement, and in a flash I knew what I was experiencing: that the oxymoron live recording expresses something both contradictory and essential about us and about that night, the fantastic, surprising, human realization that every day is not the same old sunrise/sunset but is absolutely unique, and that our whole need and struggle is to capture this, because some moments are worth living forever, if only one could. That's what the spirit is for. And that's what this "live recording" makes happen. Impossible as such an endeavor may seem, insubstantial as the spirit may be, made as it is of nothing. Yet somehow, it's everything."

Musicianship tight as an atom, music wild and roaming as the imagination of the unknown. It’s like everything and nothing I’ve ever heard, a screaming reminder that rock is rebellion and must be reinvented each time it’s played, or else it’s just pop.

Bandcamp Daily  your guide to the world of Bandcamp

Guest hosted by Tamar Osbourn aka Collocutor and Toshio Matsuura.